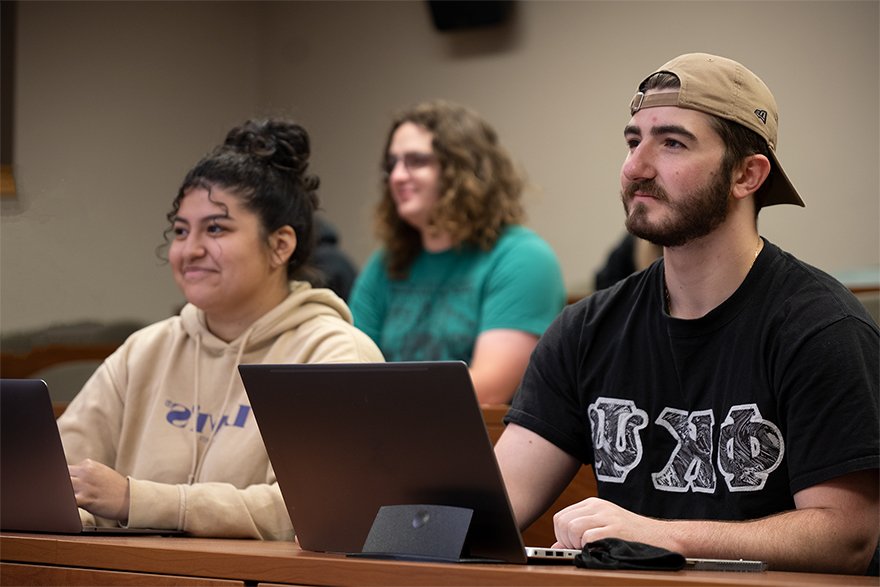 WITH ALL THE OPPORTUNITIES

The Diana King M.A. in Television Studies offers a graduate degree in Television Studies for students who desire employment in the television industry or to pursue advanced academic study of television theory and criticism. As the television landscape continues to spread across multiple international media platforms, there is a concomitant need for content both on and about television. The M.A. in Television Studies extends opportunities for career preparation such as screenwriting, TV criticism and doctoral study, and fills a current gap in the market by offering a unique opportunity for students to develop skills that will support them in a range of professional settings with a focus on writing for and about television. Drawing on Edelman CCCA’s strengths, the new program extends the college’s reach to students who might not otherwise take advantage of these educational opportunities due to location, cost and career intent.

The M.A. in Television Studies will not only incorporate existing courses from the Radio, Television, & Film Department, but has also developed new, subject-specific, courses that focus not only on critical analysis but also integrate authentic workplace practice with the examination of essential issues in the field. The program’s curriculum covers a wide spectrum of television studies courses with written assignments utilizing various skill sets necessary for writing on or about television. Each course will cover the foundations of various TV histories as well as the contemporary television period, this will ensure that students are kept abreast of current, sometimes rapid, transformations in the television landscape. In addition, the program will offer students an academic pathway by preparing them for doctoral study in television studies as well as providing them with experience of teaching in a Higher Education environment. High school teachers and educators will find the M.A. in Television Studies useful for furthering their education in a discipline that is increasingly popular in schools.

Students pursuing the degree as a preliminary step in advanced academic study in the field will find opportunities to continue their education in Media Studies, Film Studies, Communication Studies and other related PhD programs that increasingly confer degrees on students whose research centers on television.

The M.A. in Television Studies is a full-time or part-time program offered at our Glassboro, NJ campus. It requires the completion of 30 graduate semester hours (10 courses).

Note: The courses listed above are not official and are subject to change. For an official list of available courses please visit the Rowan Global section tally.

The following is a list of items required to begin the application process for the program. There may be additional actions or materials required for admission to the program. Upon receipt of the materials below, a representative from the Rowan Global Admissions Processing Office will contact you with confirmation or will indicate any missing items.

Rowan University hosts a series of on campus and virtual events throughout the year to help you get to know us. From general information sessions, to program specific meetings with advisors, to webinars on timely and thought-provoking topics, these gatherings provide an excellent opportunity to ask questions, network with academics and future students, and learn from some of the most innovative and informed faculty in higher education today.

Ready to Start Your Journey?